Let’s look at the top 10 most effective barbell exercises.

It’s no secret that the barbell is the main exercise in weightlifting, and bodybuilding. With the help of only one rod, you can work out any muscle group in our body with high quality. This list contains the best barbell exercises, with the help of which you will achieve good results in your workouts.

The bench press is the basic and one of the most important exercises. This barbell exercise helps to build the muscles of the chest, triceps, and the entire shoulder girdle. It is mandatory for athletes of all sports with power loads. The bench press can be performed at different angles of inclination of the bench, to shift the load to the top, middle, or bottom of the pectoral muscles.

Deadlift – is the basic and one of the most necessary exercises in bodybuilding and powerlifting. When performing a deadlift, the athlete uses 75% of muscle mass. This is one of the most effective mass gain exercises. Also, deadlift is the best exercise to increase strength per se. When performing a deadlift, muscle groups such as extensors and latissimus dorsi, buttocks, quadriceps, and biceps femoris, as well as biceps, forearms, and traps are involved. There are several options for performing this exercise, each can engage a specific muscle group to a greater or lesser extent.

You may also like:  Crossfit Gloves: How to Choose, Types, Sizes, Pros and Cons

Tilt barbell pull is an exercise that is suitable for adding back thickness and is almost the best. It affects the development of the upper part of the latissimus dorsi, the rhomboid muscle, as well as the lower and middle parts of the trapezium. Progress in this exercise will also help you to get improvements in sports such as boxing, rowing, swimming, wrestling.

Barbell squats are one of the most basic exercises in powerlifting and bodybuilding. Squats are often used as an auxiliary, general, and rehabilitation exercise. Together with deadlift, this exercise is very effective. At the time of the squat, not just one muscle group is involved, but almost the entire body. Of course, the biggest stress goes to the muscles of the legs, but in addition to the legs, the back muscles, abdomen, and buttocks also work. As well as many small muscle stabilizers.

You may also like:  How Will Gyms Work after the Pandemic?

French press is a unique exercise for working out triceps. This exercise allows you to pump triceps along its entire length. When performing this exercise, the emphasis is on working out the long triceps. The path to the big arms is the French bench press since triceps make up 70% of the muscle volume of the arm.

Lifting the bar for biceps is the most popular exercise in gyms. It is the main exercise for the development of the biceps of the shoulder, as well as the inner surface of the forearm. This exercise is suitable for athletes of all skill levels. By changing the width of the grip, you can shift the load on the external or internal part of the biceps.

You may also like:  The 6 Best Exercises to Boost Metabolism

Lunges is a basic exercise, its implementation to a greater extent involves the buttocks, as well as the muscles of the hips. Exercise will allow you to pump your buttocks well, it cannot be considered as a growth-stimulating exercise for other muscles. You can do lunges with a barbell on your shoulders or chest, and it can also be done in Smith machine.

Barbell Good Morning – an exercise aimed at training the lower back, all the muscles of the legs, and biceps are involved. It is generally recognized that this exercise is considered the best for strengthening the lumbar muscles. 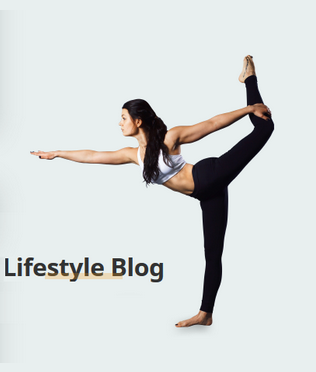 The muscles of the human shoulder girdle are of great importance, since they, together with the shoulder blades and clavicles, provide support,...
Read more
Nutrition

Effectiveness of BCAA for Weight Loss: How Much BCAA Do I Need?

The sports industry has long been filled with many false facts, manipulations, and simply misconceptions that benefit only sports nutrition manufacturers. In...
Read more
Health

How to Workout Your Abs: Anatomy of Abdominal Muscles

Today you will learn how to build abs. We will show effective exercises and consider the anatomy of theabdominal muscles.
Read more
Strength

The Barbell Overhead Press is a basic exercise in bodybuilding to build strength and muscle mass of the shoulders.
Read more
Cardio

We collected strength, plyometric and cardio exercises with the highest efficiency. Is it possible to reduce training time without reducing effectiveness? It...
Read more

Crossfit Gloves: How to Choose, Types, Sizes, Pros and Cons

Equipment affects the effectiveness of the training process. Sportswear and shoes help to improve results and protect against injuries. But today we...
Read more
Equipment

How Will Gyms Work after the Pandemic?

We learned about the new conditions from the CEO of a fitness network. Fitness clubs have not been working for more than...
Read more
Equipment

Functional Strength Training Program: What It Is, Pros and Cons

​In the search for an effective training, it is worth paying attention to functional strength training program. This...
Read more
Cardio

We collected strength, plyometric and cardio exercises with the highest efficiency. Is it possible to reduce training time without reducing effectiveness? It...
Read more

How to Recover Muscles Faster after Workout?

“Work on the perfect body does not stop at the end of the training. If you want to achieve your goal you should...
Read more
Equipment

How Will Gyms Work after the Pandemic?

We learned about the new conditions from the CEO of a fitness network. Fitness clubs have not been working for more than...
Read more
Lifestyle

Stress Symptoms in Men: How Can You Manage Stress?

“Modern life is full of fuss and disappointment. Many people experience stress so often that it becomes a part of their everyday lives. Find...
Read more